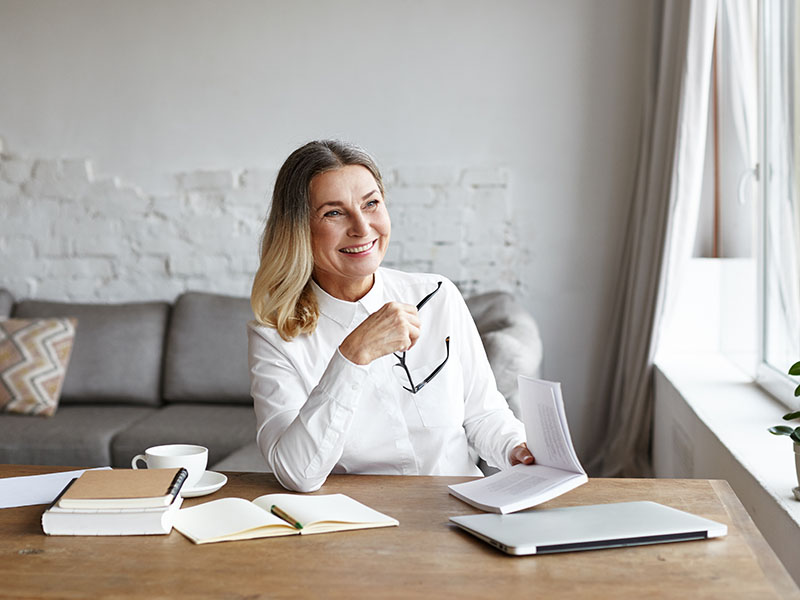 Why working and retirement are no longer binary terms Giving up the 9-to-5 doesn’t necessarily mean stopping work. Many people are now considering staggered or flexible working. It can suit some individuals who have caring responsibilities or health issues, or those thinking about retiring in the next few years.

When you picture yourself in your golden years, are you sitting on a beach, hitting the golf course or working behind a desk? For many people of retirement age, continuing to work makes perfect sense.

Unsettling period
Several decades ago, working and retirement were binary terms, with little overlap. People were either working (and under the age of 65) or had reached the age of 65 and were retired. That’s no longer true, however, as staggered retirement is becoming more popular and more common.

Few people benefit from the sudden transition from working five days a week to suddenly not working at all. Retirement can often be an unsettling period, and it’s not surprising given that the most common path into retirement is to go ‘cold turkey’ and simply stop working.

Pension pot
New research has highlighted the fact that fewer people are deciding against completely stopping working and are opting for a staggered and more flexible retirement and working part-time[1]. Nearly one on three (32%) of pensioners in their 60s and 16% of over-70s have left their pensions untouched.

Of those who haven’t accessed their pension pot, nearly half (48%) of those in their 60s, and 24% over 70s, say it is because they are still working. With people living longer, and the added prospect of health care costs in later life, retirees increasingly understand the benefits of having a larger pension pot in later life.

Of course, retirees who haven’t accessed their pension pot must have alternative sources of income. When asked about their income, nearly half (47%) said they take an income from cash savings, others rely on their spouse or partner’s income (35%) or the State Pension (22%), while 12% rely on income from property investments.

Still working
Of those who haven’t accessed their pension pot, half (51%) say it is because they are still working, while more than a quarter (25%) of people in their 60s say it is because they want their pensions to last as long as possible.
Of course, retirees who haven’t accessed their pension pot must have alternative sources of income. When asked about their income, nearly half (47%) said they take an income from cash savings (47%), others rely on their spouse or partner’s income (35%) or State Pension (22%), while 12% rely on income from property investments (12%).

Good health
This trend for staggered retirements offers many financial and health benefits. It is often taken for granted, but continued good health is one of the best financial assets people can have. The benefits of working – such as remaining physically active and continued social interaction – can make a big difference to people’s mental well-being and overall health in retirement.

People are increasingly making alternative choices about retirement to ensure that they do not run out of money, but it’s also really important to make pension savings work past retirement age so as not to miss out on the ability to generate growth above inflation for when there is the requirement to start drawing a pension.

Source data:
[1] Research from LV survey of more than 1,000 adults aged over 50 with defined contributions

Are you keeping too much in cash?